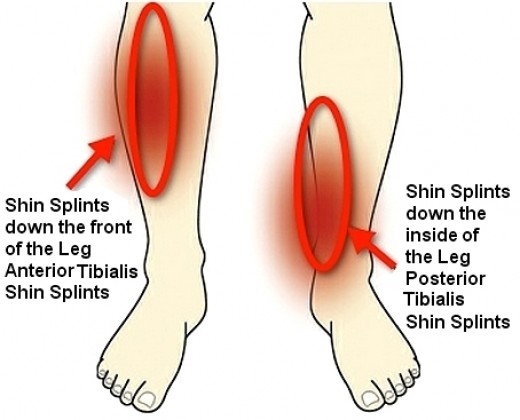 Medial tibial stress syndrome or more commonly named as shin splits is a common lament for runners, it is best described as a pain along the inside area along the “shin” or tibia, in the early stages pain occurs during the beginning of the activity and goes away during activity, as this conditions worsens it will become more painful, becoming sharper and persisting even during activity. The actual tissue origin of pain is the periosteum of the tibia which is dense layer of connective tissues. 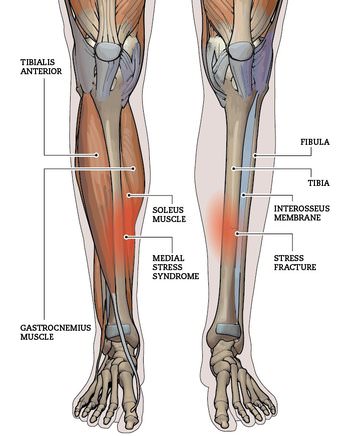 Currently the exact way in how tibial stress syndrome develops is unclear but the current theory’s are:

Traction theory – the eccentric pulling of muscles connected to the periosteum, and the repeated traction of these muscles cause the syndrome. Muscles suspected are the soleus, flexor digitorum longus and tibialis posterior.

Bone stress-failure theory – The tibia is unable to respond correctly to the repetitive forces (due to either biomechanical or muscular weakness), causing a suspected bowing / bending. Whilst this has yet to be seen as a relationship on medial tibial stress syndrome, this mechanism has been seen to be responsible for developing stress fractures.

There are many risk factors proposed by a large body of evidence but currently there is very little reliability between studies.

The common primary risk factors are:

•BMI (dramatic increase in weight causing a subsequent increase in load on the lower limb),

•Navicular drop test (the degree of slump in the arc of your foot, suggested to be of relevance as it shows muscle dysfunction controlling foot pronation), plantarflexion ROM ( also simply defined as ankle movement, this is believed to change the gait and affecting the loading of the tibia

•Training on hard of uneven surfaces

Because both development and risk factors of medial tibial stress syndrome is not definitive there is going to be a degree of variability. Generally speaking, most studies suggest addressing the above risk factors as a way to help rehab the issue, be it through manipulation of joints, stretching or strengthening.